One in an occasional series of guest posts by Langkilde Lab alumni:

My name is Jill Newman, and I’m a Langkilde Lab alumni. I came to the lab as a Research Experience for Undergraduate (REU) student during the spring and summer of 2012. During my six-months with Tracy’s lab, I did some cool things including working on several different graduate student projects, co-authoring seven manuscripts, and exploring a state that I never really saw myself going to: Alabama. It was a really unique opportunity that I was able to experience as an undergraduate student!

I graduated from Northeastern University in Boston, MA in August 2013. Northeastern likes to boast that 90% of its graduates become employed or enrolled in graduate school 9 months after graduation. Feeling the “pressure of being a statistic” on my shoulders, I applied to tons of jobs and explored the option of graduate school. After 8 months of painful unemployment, I became one of Northeastern’s “90%-ers” when I accepted my first field technician job out of college.

Down on the Florida panhandle, Virginia Tech works with an interesting species of amphibian called the reticulated flatwoods salamander. Listed as Endangered by the USFWS, reticulated flatwoods salamanders are a species of interest because they are very dependent on their habitat (longleaf pine, ephemeral wetlands, and likely fire suppressed areas). Virginia Tech’s study is looking at metamorph and adult movement to and from breeding ponds. As an amphibian tech, I surveyed for these salamanders using drift fences/funnel traps. I captured, measured, VIE-tagged (basically giving salamanders a tattoo!), and PIT-tagged salamanders for a multi-year mark-recapture study.

In my opinion, many of the “cool” herp jobs are down South because the southern states have a much wider diversity of herpetofauna. However, when an opportunity to work in the White Mountains of New Hampshire arose, that was very difficult to turn down! For this project, we were interested in looking at species dispersal and species interactions in an aquatic system. We conducted stream salamander surveys in which half of the streams were known to have brook trout and half of them did not. We captured, measured, and VIE-tagged salamanders for a mark-recapture study. For more information about this project, check out the Lowe Lab!

Immediately following my New Hampshire job, I was rehired by Virginia Tech to go back to Florida to work on their gopher tortoise project. The gopher tortoise is a keystone species in the Southeastern U.S. because it digs burrows that provide shelter for over 300 other species! However, USFWS has this species listed as Threatened for reasons including habitat loss, pet trade, human consumption, relocation, and disease. For this tech position, we used occupancy models to survey gopher tortoise populations where their population is known to be in heavy decline. We also used camera traps to check gopher tortoise burrows for activity levels and for commensal species.

[Funny thing about this job: after three months of actively looking for tortoise burrows, I NEVER ONCE saw an actual tortoise while in the field! The only one I’ve seen in the wild was working for Tracy!]

Juvenile gopher tortoise, Gopherus polyphemus, caught on camera trap eating a leaf outside of its burrow 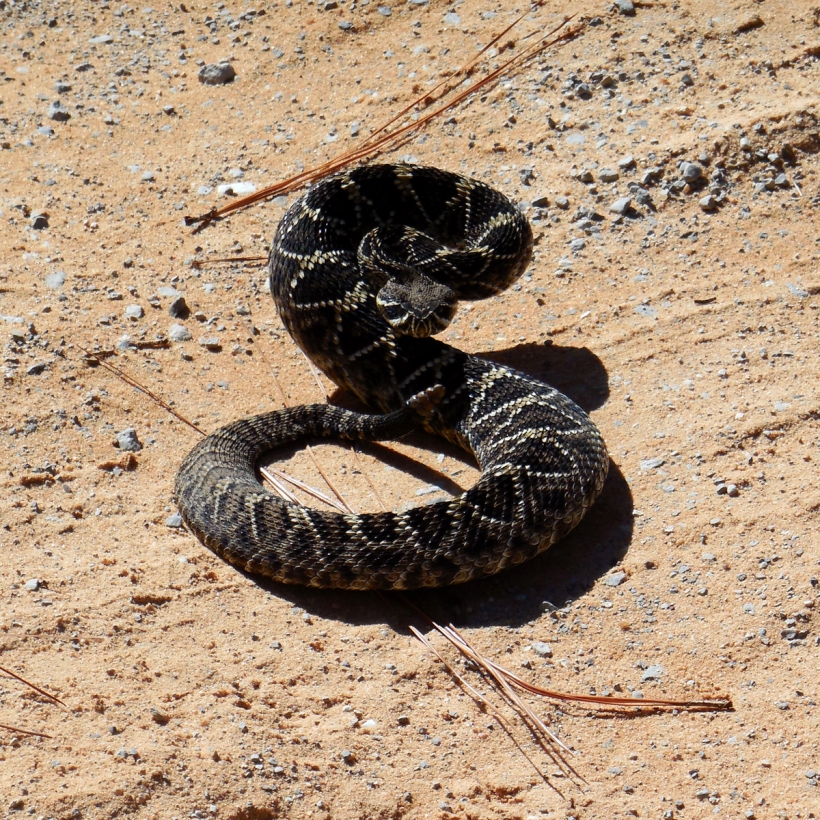 Another really unique opportunity that I had was working for the Smithsonian Conservation Biology Institute Wood Turtle Ecology Department. Wood turtles are endemic to North America and are listed as an endangered species. These turtles obtained their conservation status as a result of habitat destruction, agricultural accidents, and road traffic. I had the opportunity to stream survey and radio-track these turtles as part of a 20-year-long mark-recapture study. We tracked male and female turtles as they made large movements across landscapes. This is important for management purposes because over the course of these “large movements,” turtles will occasionally change watersheds (making it imperative to protect multiple watersheds).

Sometimes as a field tech you feel like you’re in this “never-ending loop” of traveling around every few months and constantly meeting new people that you may never see again. It can be very difficult at times but there is a lot to gain from these types of jobs. First, you gain important wildlife skills that prepare you for graduate school (if you choose that route), and second, you have the chance to network with great people from all across the country. It’s a challenging but often necessary step before entering the field of wildlife biology.

In my case, the diversity of experiences from my undergraduate and technician positions have paid off. This fall semester, I’m joining Dr. Kyle Barrett of Clemson University to pursue my Masters of Science in Wildlife and Fisheries Biology. My thesis is still in the works, but I will be surveying target herpetofauna in the Blue Ridge Mountains of South Carolina for the South Carolina Department of Natural Resources. This is a great opportunity for me to apply skills that I’ve learned in my past field experiences. Additionally, it’s also a fantastic way for me to learn new skills in the field and classroom. Furthermore, I am also very excited for my first college football game (no offense, Northeastern)!

My opportunity with the Langkilde Lab opened many doors for me when I graduated from college. I’m very appreciative of the chance and great honor to have been an REU student in this lab, and I really enjoyed working with Tracy and all of her graduate students! I would highly recommend that all undergraduate students do an internship/co-op/REU if possible. The more experience you can get earlier on in your career the better off you will be!