Several weekends ago, Mark and I ventured into the wilds of East-central PA to scope out new sites to catch fence lizards in for Mark’s study of how latitude may affect fence lizard physiology. We had targeted an area where fence lizards had been caught previously on public lands, but, upon arrival, we discovered that most of the area was off limits, as it was either being used for ATV’s or as strip mines. While mining and quarrying can create conditions that could be good for fence lizards by creating lots of edges and gaps for sunshine (though these conditions would be poor for many other species), these areas were a tad too disturbed (see below). 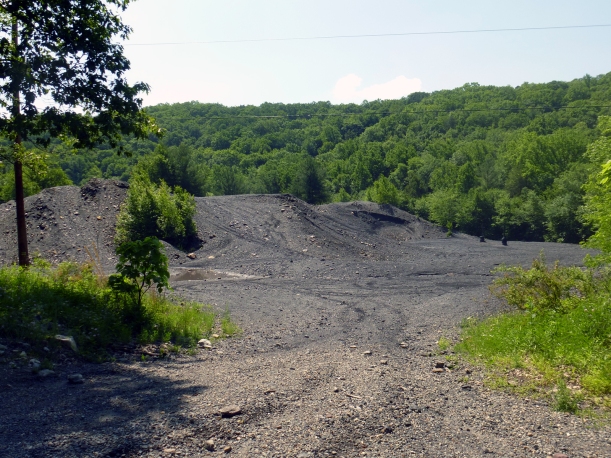 A strip mine converted to an ATV playground 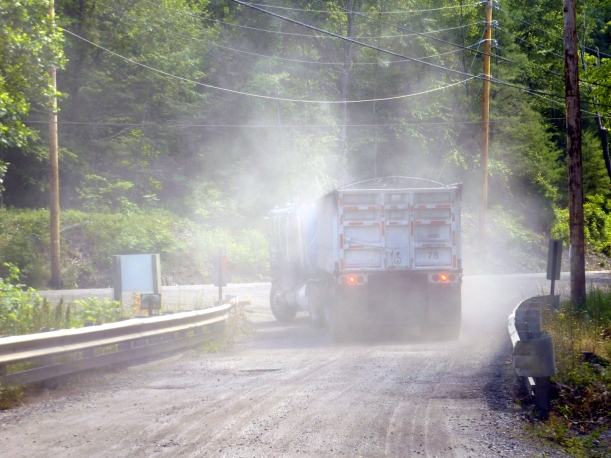 Stripmining as far as the eye can see

However, we pressed on in our search, using our tried and tested equation of GPS unit + gazetteer, and found an area of state game lands that was worth exploring. While we didn’t end up finding fence lizards there (and I won’t talk about them for the rest of this post!), we had unknowingly stumbled across the threshold into Cicada Country. As soon as we opened the doors of our trusty minivan, we were greeted by the throbbing, persistently loud thrum of the cicadas’ song, which seemed to emanate simultaneously from all directions. Within a minute, while we were prepping our gear, each of us had 2-3 cicadas perched on our shirts, or hands, or shoulders. The van also proved a popular cicada hotspot, as cicadas lodged themselves behind the windshield wipers or in cracks in the van body, and snuck into the interior and called from the seats.

As we looked around the clearing we had parked in, we saw movement all around; cicadas were flying from tree to tree and leaf to leaf, and seemed drawn to the warmest, sunniest spots.

Cicadas working on their tans in the sunshine

The small trees on the edge closest to us were quite literally crawling with cicadas, including mating pairs.

How to make baby cicadas: a visual primer

As we walked around the game lands, Mark and I had to talk very loudly to be heard by each other if we were separated by more than 15 ft or so. We also noticed the general tendency of the cicadas to land and crawl upwards. 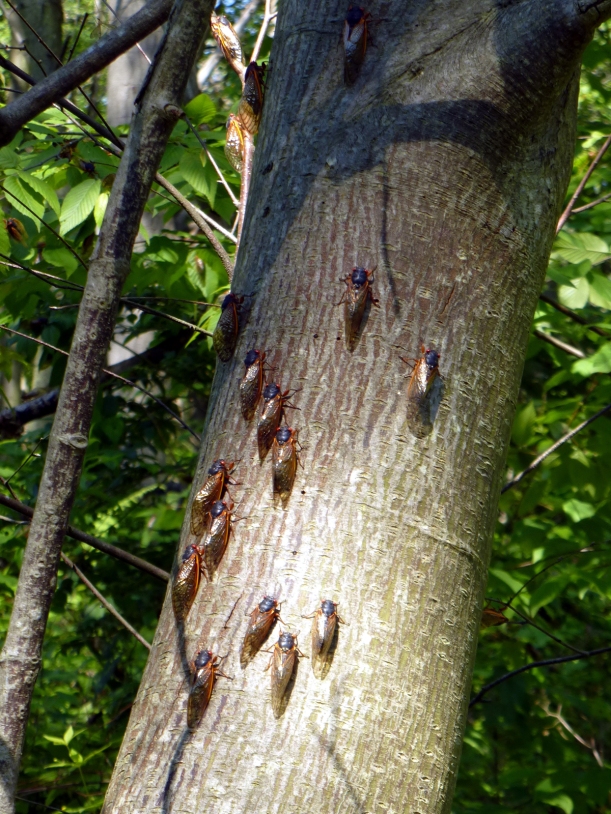 Cicadas march upwards in loose formation, perhaps on their way to lay eggs in the upper branches of the trees

Some trees featured phalanxes of cicadas climbing slowly up their trunks; when any of the insects landed on us, they would slowly work their way up our torsos, generally undetected, only to bug us out when they reached the back of our necks or, in my case, proved especially adept at tangling themselves in my pony tail. I’ve stitched together several video shots of our cicada encounters below so you can see the impressive numbers and hear the cicada song:

As we are members of the Langkilde Lab, it just wouldn’t be a fieldtrip without a destructive, invasive arthropod out in force. We also crossed paths with hordes of gypsy moth caterpillars, which were found in the shadier, more interior parts of the forested game lands. Gypsy moths (Lymantria dispar) are originally native to Europe but were introduced to North America in the mid 1800’s; they are now a major pest species and destroyer of hardwood trees. Below you can see them swarming up a tree trunk.

As Gail mentioned in a previous post, one avenue of our lab’s research involves looking at the behavioral responses of fence lizards to fire ants. These behaviors include leg twitches, tail writhing, full body jumps and shakes, head wipes, and eating attacking fire ants. We also are currently investigating how these responses vary with context; to whit, we want to know whether fence lizards respond differently to fire ants based on whether those ants are defending their mound or if the ants are out foraging for food.

Fire ants, like many ant species, will construct foraging trails to a food source once it is discovered (as seen below).

Scout ants, upon encountering a food item, will lay down a pheromone trail that other ants will follow to allow them to feed and return with sustenance to the mound. To effectively study how lizards respond to ants in “foraging mode,” we need to generate lots of foraging trails of ants. And with ants, as with college students, if you want them to show up, you need to bribe them with food.

Fire ants chow down on a delectable bit of American cuisine.

Fire ants, like humans, are attracted to foods with lots of fat and protein (especially when they are brooding). This week, however, I stumbled upon an even more tempting proposition for the ants: good old bacon. At breakfast, I tucked a half-finished piece of bacon into my pocket, and scattered several chunks of it in the sandy area that we use for our foraging ant trials. Within 15 minutes, the bacon was swarming with fire ants, attracted to the high level of deliciousness of the baits. A visit from a hymenopteran in a yellow jacket brought a touch of class to the party (see below).

While we won’t be using bacon everyday to seed our foraging trails, we have definitively learned that fire ants share the human propensity for unhealthy but scrumptious foods.